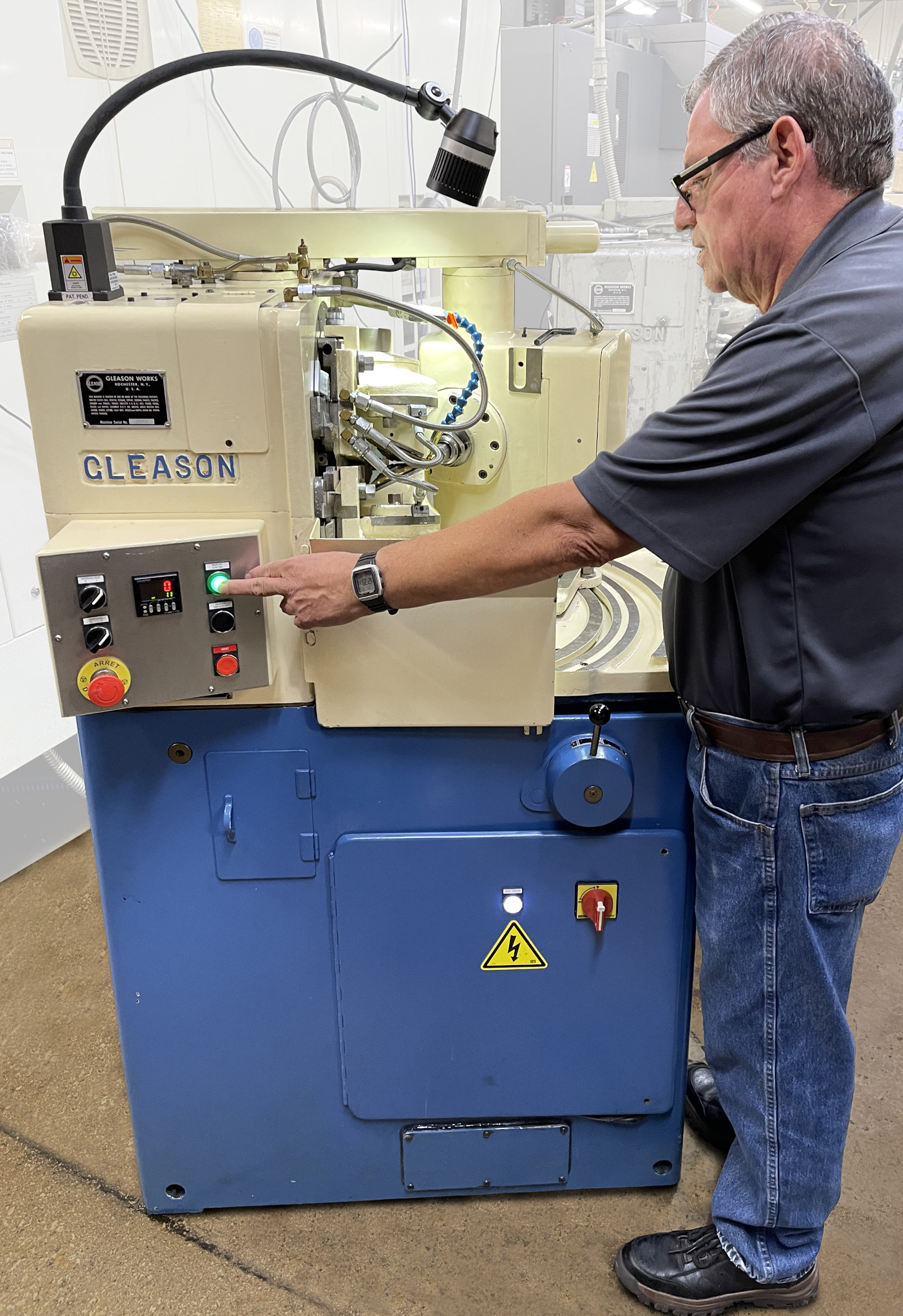 “While these dedicated, manually operated machines might seem out of place alongside the advanced CNC machines occupying most of our shop floor, they are still an excellent solution for the production of small straight bevel gears using the highly desirable Coniflex method,” explains Southern Gear President Karen Malin. “Most importantly, we have the experience and operators needed to take full advantage of these machines.”

The addition of the Gleason 102 Generators is part of a multi-million dollar, company-wide investment in new technologies, methodologies and processes that, over the last several years, has, according to Ms. Malin, added much needed capacity to Southern Gear’s vertically-integrated shop floor.

As a veteran-owned company in business for more than 60 years, Southern Gear is an industry leader in the precision manufacturing of all types of cylindrical and bevel gears used in vehicles and devices operating on land, sea, air and in space. Southern Gear is vertically integrated, with all critical gear-making operations performed in-house. Customers benefit from parts produced under one roof, and under the company’s stringent AS9100 D, ISO 9001:2015 certified quality systems. If there’s a better way, it can often be found on the shop floors of Southern Gear.